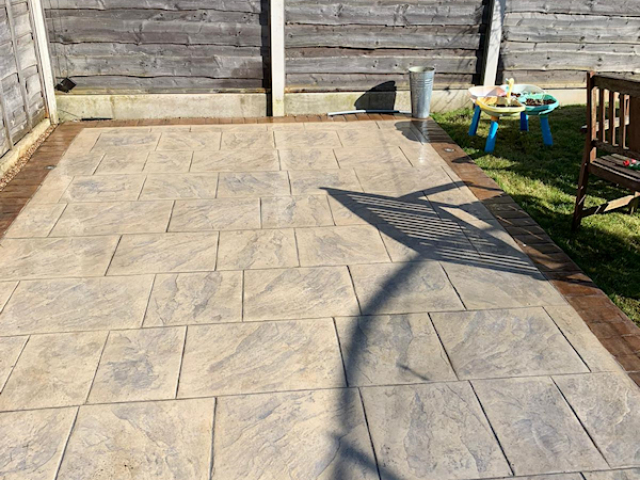 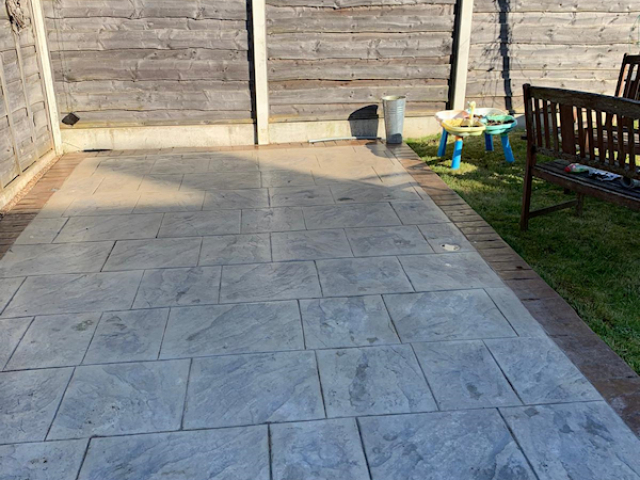 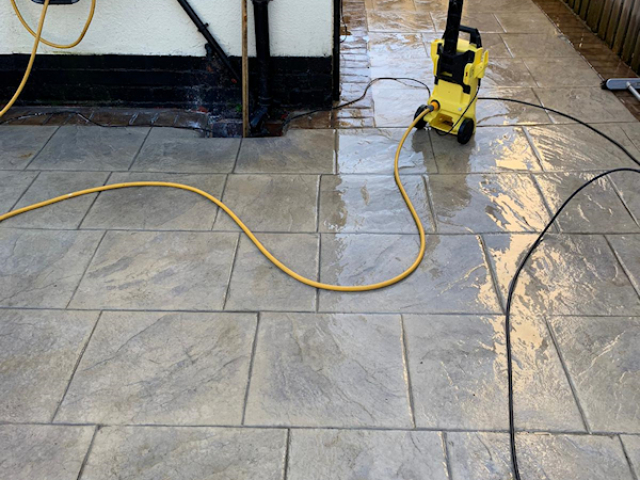 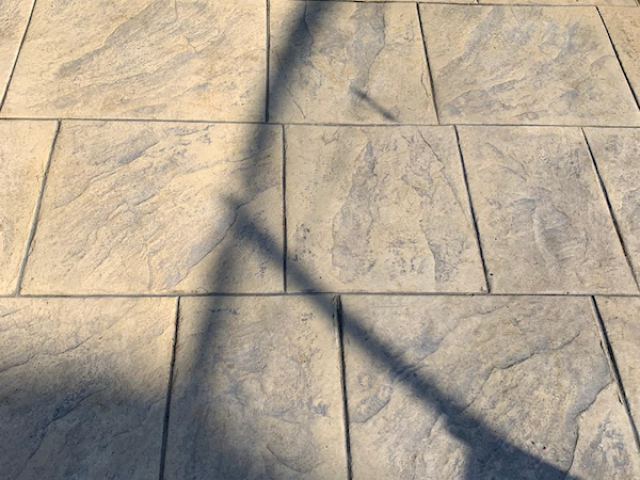 Patio Transformed with a Patio Reseal in Wythenshawe, Manchester!

While they may not damage the surface that they are growing on, they can cause driveways and patios to be not just unsightly but also slippery, which can obviously become hazardous when driving on or walking on the surface.

Driveway Resealing and Maintenance recently cleaned and resealed a pattern imprinted concrete patio in Wythenshawe, Manchester. Before carrying out the patio reseal in Manchester, we gave the patio a thorough clean and used a mild acid to kill the algae and moss that had formed on it. Once applied we then washed it off.

Having got a clean surface, we then carried out the patio resealing, covering the whole area with a mid-sheen seal.

The patio was cream coloured with a platinum release. Completing the patio resealing gave it a new lease of life, sharpening the colour and definition and restoring it to its original condition. It looked the same as the day we originally installed it and what’s more will lengthen its lifespan, saving our client money in the long term.

While there is no doubt, from the pictures included, of the vast improvement in the appearance of the patio have had the patio resealing, it also protects the patio too. The seal has an anti-slip agent in it as well, meaning while it gives the patio a lovely shine it doesn’t make it slippery.

If you are considering having a patio reseal in Manchester, give Driveway Resealing and Maintenance a call on 0161 425 9706.

I left my driveway a bit too long to get a reseal but now it looks great. All the dead seal was removed after jet washing then sealed in a mid sheen. Looks great

AAAA* driveway reseal and maintenance. Keeps me up to date when it’s due and carries out the work at a reasonable price.

My platinum driveway needed reviving as I cut a lot of wood on it for my wood burner. Could not believe the difference the new seal made. Also a couple of minor blemishes caused by tools for the wood cutting are now no longer visible. It’s like a full service but on a driveway. Thanks guys

The reseal team were great and kept in regular contact before starting the job in order to fit around my work. Didn’t realise how much my driveway needed the reseal. It looks brand new now, the colour and finish is perfect. Like it was from day 1.